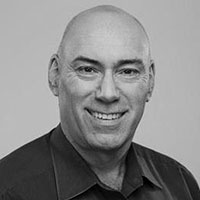 Harel joined Silver Lake, based in Menlo Park, as an Operating Partner in 2017. Previously, he was chief technology officer at GE Digital and vice president and General Manager of Predix, GE’s operating system for the Industrial Internet.

Before joining GE, Harel co-founded and served as CEO at Nurego, a spinoff of EMC Corp. At EMC, he was executive vice president for cloud business systems and CEO of Mozy, EMC’s wholly-owned subsidiary dedicated to Backup as a Service. From 2003 to 2008, he served as chief product officer at Amdocs. He also served as CEO of Wingcast, the Ford Motor Company-Qualcomm joint venture.

Until 2000, Harel held various executive positions at Microsoft, including vice president of the information appliances division, where he led development of the Microsoft Windows CE operating system and pioneered its mobility business. He also managed Microsoft’s Object Linking and Embedding team, and a Motorola team responsible for its early wireless data efforts.

Harel holds a B.S. in computer engineering and a M.S. in electrical engineering from the Technion, Israel Institute of Technology. He has served on the boards of Mobilitec, DreamBox Learning, BSquare and Modern Systems.